I have been trying out a vegan carbonara recipe for quite some time now, but each attempt has ended in a brown mush of a sauce. If you aren’t quite sure what goes into a non-vegan carbonara, it is usually eggs, cheese, bacon or pancetta, and peas. But it come out creamy, not eggy. So finding a balance in the vegan world without making it taste just like just cashew cream was a struggle. I even tried it with Kala Namak (“black salt” that has a similar sulfur content as eggs so it tastes very eggy) but no luck! It just wasn’t very tasty. Failed attempt after another, I finally got to yell I NAILED IT when I finished this recipe, so I’m so proud to bring it to you all. It goes really well with my easy vegan shiitake bacon recipe included here. Enjoy! (P.S. it can be gluten free just by subbing gluten free noodz). 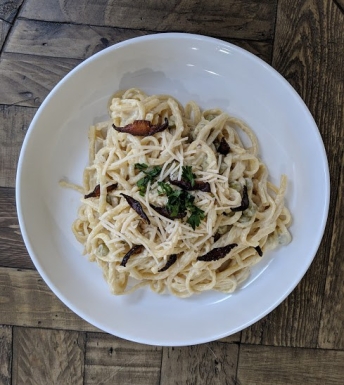 For thick sauces like this, I like to use a half and half combo of linguine noodles and extra thick spaghetti (or Bucatini). Get enough of each for one person and cook together. 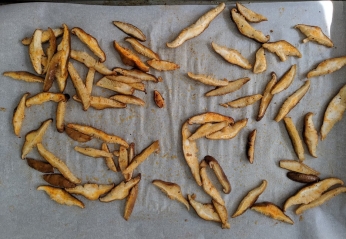 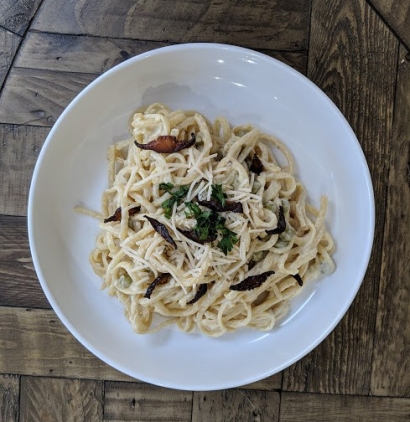